What is Antivirus and Why You need it in?

Today everyone is connected to the internet in different ways. They share information and valuable data which helps faster information flow and work. Like in the real world people want easy money and do crimes. The same comes to the cyber world. Some experts who understand the technology and they started getting the information secretly. It is known as hacking, getting your valuable information without your permission of Top Antivirus software.

So the internet makes our life easy but with the compromise of safety. So this article will help you to know about Antivirus by Mr. Abhishek, which contributes to secure your digital devices and information.

Nowadays we use to have many devices, the devices need to update day by day. And we also want to keep it safe and using it for extended days. Antivirus is the featured program that justifies keeping safe your laptop and computer operating system. The antivirus keeps safe your operating system from Malware, Viruses, Trojans adware and popup which can harm your program anytime. The uses of Antimalware become popular for daily device users. They always keep you aware of threats and keep clean your OS from unwanted viruses.

Antivirus is a layer between your operating system and external data. The external data pass-through this layer. At this time Antivirus software compares the database with it virus database. If any threat is deducted, it will warn us and delete the same.

The shield keeps your database updated, and some of the antiviruses provide you manual scan action. The manuals work with your priority to scan and fix the issues. Use antivirus and keep your virtual environment clean from threats.

The reason for launching antimalware is when the virus started affecting the computer operating system. In 1971 the virus founded a name with “Creeper Virus” and affects the Digital Equipment Corporation’s (DEC) computer, which was running on TENEX operating system. The Creeper virus deleted eventually by Ray Tomlinson and after that program is known as “The Reaper.” But, the virus was also generating new threats, and it appears in 1981 in the Apple 2 computer.

Before the internet world, the computer infected by floppy disks and several ways. After few years in 1987 Andreas Luning and Kai Figge invent G Data Software, which brings the first Antivirus to the public. The antivirus has the Atari ST Platform, this year the Ultimate Virus Killer (UVK) shares with the public. In the same year in the USA John McAfee found McAfee which becomes a part of Intel Security. It was the first antivirus that launches in versions to protect your device.

Rest is all history launches of new Antimalware day by day and inventing the new steps for protecting with a shield. As a conclusion of Fred Cohen, there is no thesis or process to detect all viruses from your computer.

After this, there is a revolution in the field of antivirus. More and more companies bring their software to protect different operating systems. Nowadays even mobile phones and many other devices which run on a various operating system are protected.

Do you need antivirus protection?

We have shown the working of antivirus in starting. Now we will share the points on how it will work 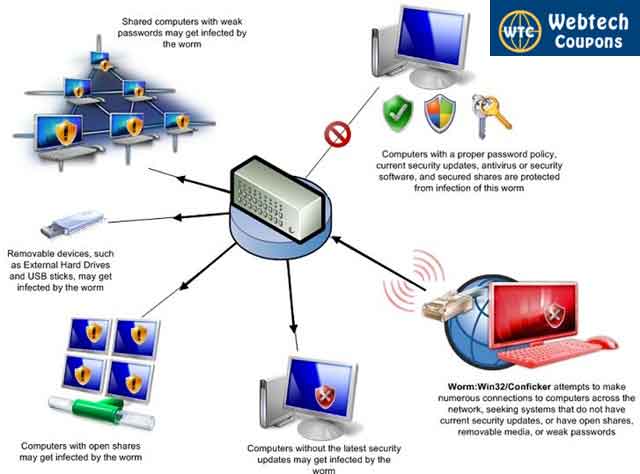 These are some ways how antivirus protects our Operating System. Now they are getting more advance and protect our system in the background.

Does Antivirus affect the performance of the Operating System?

To run the software we need process and ram. Same with antivirus,  your system needs to provide resources to antivirus. This means it will affect the performance of your operating system. But nowadays the antivirus becomes so advance that they run in the background. Also, consume fewer resources without affecting overall performance. They also come with options like a full OS scan. Which can be used when you are not working on the system or when needed.

Tips to get optimize OS performance with antivirus

It is very easy to get the best output from your antivirus software and better system performance.

Update Antivirus – It should be done, the company updates its software on a regular basis. The update may be of different types like virus database update or software performance update. So it’s important to update your antivirus.

Scan external data – It’s important to scan extra data before copying into your system. It protects from an unwanted threat.

Regular scanning – Scan your operating system at least once a month. You can do it anytime this will help you to deduct unwanted files and remove them.

The above steps will keep your system safe and secure along with high performance.

Antivirus gives protection to known threats that are common and updated every month. But still, there are many threats that are unknown and can harm you. For this, we have to keep our eyes open, and here are a few important steps.

How to choose an Antivirus company?

Norton Antivirus – It is one of the oldest and most popular software in the market. Norton is a Symantec product that is one of the biggest companies worldwide in the field of cybersecurity. The company provides protection to a single device and multiple devices. Use Norton Coupons to get maximum savings.

AVG Total Security – Softwares gives overall protection to different devices at economical pricing. Even get an extra discount using AVG Promo Codes. Its gives all type of protection to your operating system.