5 Apple Products That Changed The World

Apple is one of the most influential technology company to ever exist. It was founded in 1976 by Steve Jobs, Steve Wozniak, and Ronald Wayne. It was an idea that turned into more than reality by these Geniuses. This was just a beginning that later helped to make various apple products that changed the world. After some ups and downs, Steve Jobs took Apple to new heights and unprecedented success.

Apple became a giant in the field of technology and innovation. It laid the foundation for all the modern-day telecommunication technologies. Apple has produced products that no other company thought of. For example, iPhones, Ipads, Macs, Apple smartwatches, MackBook Pro, etc. All these products got some out of this world features. And everybody knows the quality of Apple products. In this article, we are going to talk about the top 5 Apple products that changed the world. These products are what transformed the technology, music and publishing industries, telecommunication, etc.

Macintosh was the first personal computer to be launched in 1984. It was the first computer that featured the GUI or Graphical User Interface. This is one of the Apple products that changed the world. Macintosh is what we know as our favorite Macs. If it wasn’t for Macintosh, we wouldn’t have iMac, Mac Mini, MacBook Pro, Mac Pro, and MacBook Air. After Apple-1 and Apple-2, it was Macintosh which gave Apple new success and direction to do more innovation.

It is what changed the world and the way we use these modern days’ laptops, smartphones, smartwatches and more. The Macs has changed the way business, offices, and huge organizations works. Now every business or company uses these Macs to get better experience and results while working. The original Macintosh is the idea that made successful modern-day smartphones, smartwatches, laptops, tablets, etc. This is what revolutionized the technology, digital telecommunication, and the way people do their day to day work.

iPod changed the way people used to listen to music. It was the first of its kind digital music player launched by Apple. What made it so popular were its incredible features and supreme qualities. For example, it was so small in size to take it anywhere. Plus it has a huge storage space. That means unlimited playback music. Now with new technologies, the features of the iPod have been upgraded. Now you can watch full-length movies on it, take a picture, play apps, and access to the Internet.

iPod that was launched in 2001 first made music easy to listen to anywhere and anytime. It was a great innovation in the field of digital music. It totally transformed the way we hear music.

When Steve Jobs first launched the iPhone in 2007 it was an iconic and historical moment. iPhone was a mixture of a smartphone and an iPod. The first generation iPhone has 4 GB and 8GB storage. The next year they upgraded to 16GB storage. Since then they have just updated and launched new models. For example iPhone 3g (2008), iPhone 4(2010), iPhone 5(2012), iPhone 6(2014), iPhone 7(2016), iPhone 8(2017), iPhone XS(2018), iPhone XR(2018), and the latest iPhone 11 pro(2019).
iPhone has become so popular worldwide. It is the best smartphones out there that everybody can’t choose another phone over it.
The quality, the incredible features like face recognization lock, Siri and more things have made it the people favorite. This is one of the top Apple products that changed the world. The iPhone without a shadow of doubt changed the way we live, talk, connect to people, gather information, and see the world.

iPad or the tablet was launched by Apple in 2010. It was much anticipated and worth the wait. It has some amazing features than the iPhone. It has multi-touch interaction with various new features like photos, larger skin, good battery life, newspaper, ebooks, etc. It has apps and mobile version safari app. The best thing about it is that it wasn’t limited to a certain age group. It was designed for everyone from students to office going to old people.

It is easy to use and portable. It was designed between mobile and laptop. You can take it anywhere and use it more conveniently than a laptop. It is the best for gaming, videos, movies, pictures, the internet, and many more thing. It certainly changed the way we live right now.

The first original Apple watch was launched in 2015. It was the first smartwatch by Apple with the main purpose of health and fitness tracking. In 2016, we got Apple Watch series 2 and Apple Watch Series 3 was launched in 2017. The third Series has this feature that gives full independence from an iPhone.
The fourth series was released in 2018 and had a new display and fall detection. The 5th Series was launched in 2019, with a new display and magnetometer feature. It tells you all the notifications you get, alerts, messages, and calls. The watch takes care of your overall health like tells you high and low heart rate, alerts you if you have an abnormal heartbeat and many more.

The watch has various outstanding features and qualities. However, it can not replace your iPhone but augment it. Overall the Apple smartwatch changed the way we live nowadays. It is the right fitness partner of people. The advanced features and the brand Apple makes it the best. That is the reason why Apple generating a lot of sales through this smartwatch. 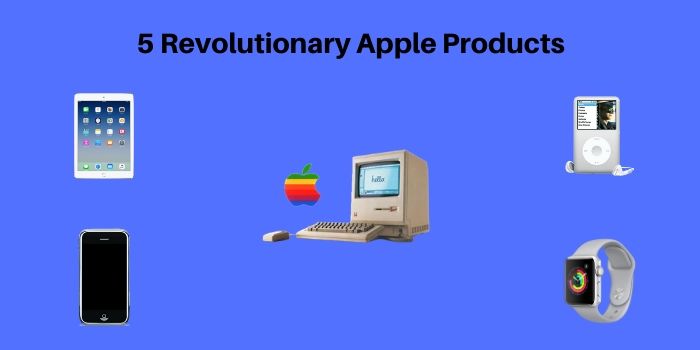