Fusion 360 Vs Solidworks – Which Is Better For 3D Printing, Simulation, & Rendering?

If you are a novice, then you might surely be confused between Solidworks Vs Fusion 360 which is better. Well, both these programs are considered among the two best CAD, CAM, and PCB programs. This makes it a bit confusing for a beginner to choose any one out of them. So here, we will discuss what is the difference between Solidworks and Fusion 360 to find is Fusion 360 better than Solidworks or they lie in the same boat.

Grab Fusion 360 coupon code to get 60% discount.
Get Offer

To do this detailed Fusion 360 vs Solidworks comparison, we will compare their features, pricing, pros, and cons as well.

For a quick overview, we have mentioned the major differences that you will find between Solidworks and Fusion 360: 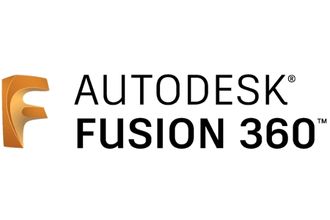 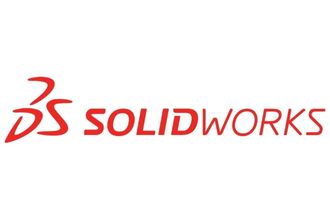 For knowing about them in detail, read this detailed comparison between Solidworks and Fusion 360. If you want to more in details about Fusion 360 then have a look on Fusion 360 advantages and disadvantages.

Features Comparison Of Fusion 360 Vs Solidworks

Solidworks and Fusion 360 are two of the best programs in this industry. Both of them offer amazing engineering and manufacturing features. Here, we have mentioned the feature difference between Fusion 360 and Solidworks:

Solidworks Vs Fusion 360, Which Software Is Easy To Work?

Fusion 360 Solidworks Controls
Being a newbie, we suggest you start working with Fusion 360 as compared to Solidworks.
It is very easy to start working with Autodesk Fusion 360. This software comes with a straightforward user interface with all the major tools at the main interface. It is also very easy to navigate through menus to access various tools. The Autodesk Fusion 360 also allows you to customize the interface according to your need. The only area where Fusion 360 lacks is that it doesn’t support the use of shortcut keys.
Compared to Fusion 360, the interface of Solidworks is quite tricky and a bit difficult to use. If you are a beginner then there are definite chances of getting puzzled while using this software for the first time. However, this software supports the use of shortcuts keys which makes tools easily accessible.
So, Fusion 360 is a best choice for novices, however if you are a trained perosn you can opt any software between Fusion360 vs Solidworks.

Which Is Better Fusion 360 Vs Solidworks For 3D Printing?

SOLIDWORKS Vs Fusion 360 3D PRINTING
Solidworks is one of the best prototyping software and supports the use of industry-standard STL files. With the help of it, you can work on 3D objects. It also makes it easy to work on complex 3D models and figures. Solidworks is also compatible with 3D printers.
Like Solidworks, Fusion 360 also supports the use of 3D models and figures. It works with 3D printers and also the use of STL files. Due to this, it is considered one of the best CAD software.
So, for 3D printing, both Autodesk Fusion vs Solidworks offer almost same kinds of features and are equally efficient.

Which Is Better Solidworks Or Fusion 360 For Rendering?

SOLIDWORKS VS FUSION 360 RENDERING
In the feild of rendering, Solidworks is better than Fusion 360 in various aspects.
Fusion 360 is one of the 2D and 3D rendering software. It lets you create photorealistic images of various objects from different angles with ease. It also supports, cloud rendering for easily saving and sharing the rendered images.
Solidworks also provides powerful rendering features and lets you obtain photorealistic images. Compared to Fusion 360, it comes with advanced features and capabilities. This makes Solidworks a bit ahead of the Fusion 360.

FUSION 360 SOLIDWORKS COMPATIBILITY
Solidworks offers lots of stunning features, but this is one of the most important aspects where it lacks. This software is available for Windows devices only. This means for Mac users, there is no way to use this software.
Though, you won’t face such a limitation in the case of Fusion 360. This CAD software is compatible with both Windows and Mac devices. Apart from this, it also provides a view-only app for Android and iOS devices.
In brief, you can use Solidworks only on Windows devices. Whereas, Autodesk Fusoin 360 can be used on Windows, Mac, Android, and iOS.

FUSION 360 VS SOLIDWORKS IMPORT AND EXPORT OPTIONS
Both Fusion 360 and Solidworks support the use of a large variety of files types. With Solidworks, you can import around 21 types of files whereas Fusion 360 allows you to import 23 types of files. The major files out of them are .sdl, .prt, .ai, .psd, .dxf, .vlmr, .stl, etc.
In terms of exporting the project, Solidworks has an advantage over Fusion 360 as it supports 14 formats. Whereas, Fusion 360 lets you export your project in 9 formats only.

Fusion 360 Vs Solidworks, Which Software Has Better Integration Features?

SOLIDWORKS VS FUSION 360 COLLABORATION
This is one of the newest features added to Solidworks. Earlier, it only comes with an offline workspace. But, a couple of years ago, it also started offering online workspace for Windows. This means you can save all your projects on the cloud and can access them anytime from anywhere on any other Windows device.
Fusion 360 doesn’t come with any offline workspace, and since its inception, it only offers online workspace. This means, to work on Fusion 360 you need an internet connection and all your work will automatically be saved on the cloud. Fusion 360 also provides a view-only app for Android and iOS devices to see your project from smartphones.
So, both Fusion 360 vs Solidworks offer cloud storage and collaborating features. Though, Fusion 360 is a bit ahead of Solidworks as it offers apps for Android and iOS devices.

Comparison Between Solidworks Vs Fusion 360 Price

In terms of pricing, Fusion 360 is much affordable than the Solidworks and their price are as follows:

The basic price of Solidworks is $3995 for its lifetime license with an additional $1295 as annual maintenance charges. Besides this, its annual and 3 months plan costs $2700 and $810 respectively. Rather than this, Solidworks also offer professional license that will cost you around $5490 for lifetime.

On the flip side, the price of Autodesk Fusion 360 is just $70 for its monthly plan. Apart from this, its yearly and 3 year plan will cost you around $545 and $1555 respectively. Moreover if you apply our Fusion 360 discount code, you can grab heavy discounts on it. Also, if you purchase during Fusion 360 Black Friday sale then you can make your purchase affordable.

Between, Fusion 360 vs Solidworks, it is better to go with Autodesk Fusion if you are a beginner as its quite afffordable.

Whether you are a novice or a professional, support plays an important role, especially in the case of technical products.

Solidworks mainly assists its users through Emails. Besides, it comes with lots of FAQs, blogs, and community forums for solving minor issues. However, for technical assistance, you have to purchase it maintenance package.

Autodesk Fusion 360 also comes with almost the same kind of support. It allows you to contact its support team through Email. Besides, it provides plenty of well-written blogs, FAQs, etc. that can help you in solving minor issues. The Fusion 360 pros and cons will be clear ore about this product designing application.

Which Of Solidworks Vs Fusion 360 CAM Software Is Better?

For CAM (computer aided designing), it is better to use Solidworks then Autodesk Fusion 360. Solidworks comes with a dedicated CAM toolkit equipped with some major tools that can help you to easily work on complex projects.

Winding Up Things: Which Is Better Solidworks Or Fusion 360?

Overall Solidworks is powerful software and offers a much advanced toolkit compared to Autodesk Fusion. Also, with the help of its modern features, you can easily work on any complex project.

On the other hand, Fusion 360 is a budget software and is best suited for newbies or individuals that are new to the mechanical feild. It let’s you work on basic projects across various devices and platforms. If you are not sure about any of these software then you can also go for AutoCAD vs AutoCAD Lt.