Norton VS Kaspersky Antivirus 2021 – Which One Better

But how do you know which one will be the perfect antivirus suite for you in 2021?

That’s why we got this ultimate comparison between these two giants in the antivirus software world.

In this article, we’re going to compare Norton and Kaspersky based on their efficiency when it comes to key features, malware protection, impact on your PC, speed, user experience, pricing & plans, etc.

In this article, you will find out the things matter most when it comes to the protection of your system. We are not going to talk about better designs or popularity. Because what you need an antivirus that delivers and gets you better results.

Performance and efficiency against cyber threats are the main criteria for finding the top-notch antivirus suite for you.

Why do you need an antivirus in the first place?

Online threats, cybercrimes, and cyberattacks are increasing day by day. The more our lives are becoming digital the more it is giving an opportunity to hackers to use new malware and malicious code to breach out privacy and access bank and credit card information.

Hackers are releasing new and more advanced malware daily. They can compromise your important files and valuable data.

That’s why you need a strong strong antivirus with advanced features to combat all types of cyber attacks and malware. 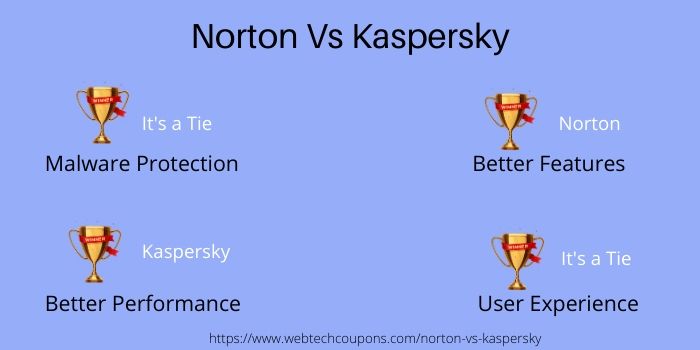 Kaspersky is the most popular name when you think about antivirus protection of your PC.

It is one of the most reliable antivirus software you can get. With some quality features for malware protection and affordable plans, Kaspersky has summited its name at the top of the ladder.

The safe kids and password manager are two very important and advanced features of Kaspersky.

Kaspersky Anti-Virus plan is the most affordable plan at Kaspersky which starts at $39.99. But it has fewer features than Kaspersky Internet Security and Total Security.

Some of the top plans at Norton are Norton 360 Premium, Norton 360 Deluxe, Norton 360 Standard, Norton Antivirus Plus, etc.

The performance of Norton antivirus is very impressive. The features are top-notch and their performance when it comes to detecting malware and viruses is superb.

Norton 360 premium is the best plan at Norton that starts at Rs.5,199. After this Norton 360 Deluxe is also a very good plan. It comes with a 75 GB cloud backup.

Here you can get the complete Norton Antivirus Review 2020.

The best quality we all look for in an antivirus is that how well it protects our PC against new emerging Malware and viruses. We judge protection against malware on two basis perfection rate and false-positive results.

In the AV-Test Product Review and Certification Report Jan-Feb 2020, Kaspersky Internet Security’s malware protection against Zero-Day attacks was 100% and industry avg. was 98%.

The detection of prevalent malware reports Kaspersky got a 100% protection rate. There was no case of false detection also.

AV-Test is a very prestigious antivirus performance testing organization. So, the data from there is very relevant to compare products. So overall malware protection of Kaspersky is incredible without a shadow of a doubt.

The AV-Test result Jan-Feb 2020 of Norton 360 when it comes to Protection against Zero-Day attacks and new malware, Norton got 100% protection results as Kaspersky got.

The False-Positive result rate was Zero of Norton Antivirus also. 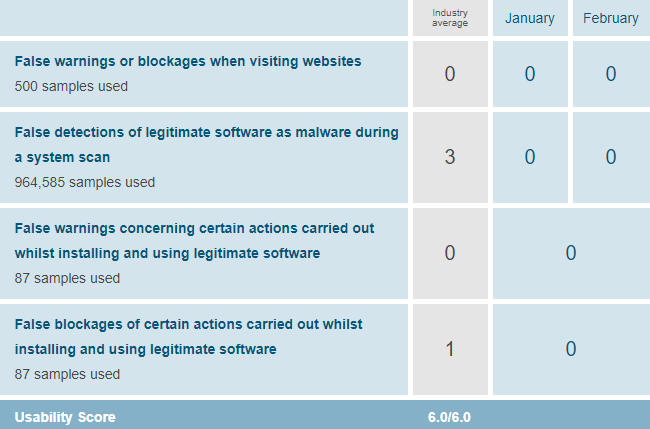 Both Norton and Kaspersky got 6 out of 6 Stars in malware protection tests conducted by AV-Test in 2020.

Both antiviruses have superb protection against malware like worms, Trojan horses, spyware, viruses, etc. The results of both are equal that is why we’re gonna call it a tie. This is what makes Norton vs Kaspersky battle more interesting.

Performance is one of the major factors when reviewing an antivirus. How do we judge performance? We judge the performance of antivirus software based on its speed, impact on the system, scanning efficiency, false detection, etc.

Kaspersky and Norton, both are known for their super performance. But now it’s time to analyze it more closely and thoroughly.

The AV-Test Report of performance of Kaspersky shows that it got 6 out of 6 stars when it comes to performance. Slowing down when launching popular websites, Kaspersky got 24% while the average industry has 15% as you can see in this image. 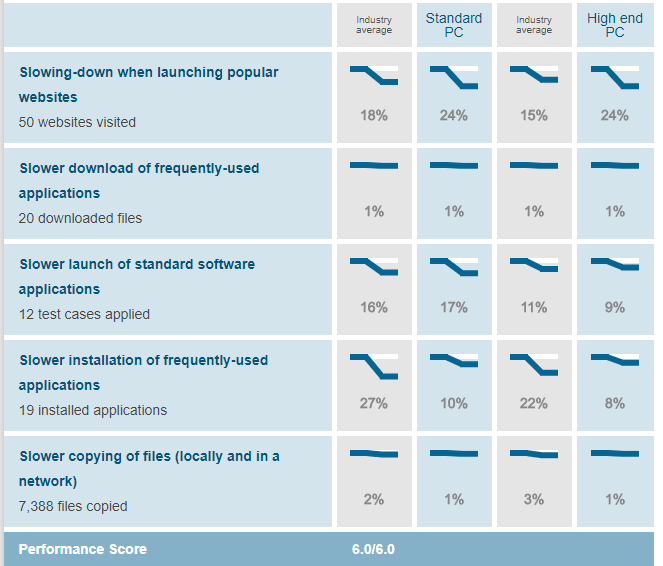 The AV-Test Report of performance of Norton 360 shows that it also got 6 out of stars. Slowing down when launching popular websites, Norton got 15% and the Industry average is also 15%.

When it comes to speed Kaspersky has an edge over Norton as Kaspersky is lightweight. Kaspersky doesn’t slow down your system and works in the background without giving you any problem.

Whereas one of the most common cons of Norton is that it takes a lot of space on your system and that is why your system runs slow.

So the overall performance of Kaspersky is slightly better than Norton.

Kaspersky vs Norton- Which one got Better Features?

Nowadays we all look for advanced and high-quality features when we buy any product. And it is the same with an antivirus. We all know that hackers are raising their bar when it comes to making new malware and malicious codes. So how these top antiviruses are going to be one step ahead of hackers.

It is not about which Antivirus got more features. But it is about the performance and efficiency of the features.

Kaspersky’s Total Security plan contains more features than any other plan at Kaspersky. The key features of this plan are Safe Kids, Password Manager, and File Protection or backup.

Norton 360 Premium got major features than any other Norton internet security plan. The key features of Norton 360 are protection up to 10 devices, 100GB Cloud Backup, Password Manager, Parental Control, and Safecam.

It is hard to judge when both of these antiviruses got advanced features for malware protection, secure data, and speed of PC.

Overall Norton got an edge over when it comes to feature over Kaspersky. It gives cloud backup up to 100GB that is impressive.

Result: The winner is Norton

User experience is a very important factor for any business. It is a common trend nowadays that we check reviews before buying anything. What these reviews show us is that if the Antivirus is easy to use and install or not, performance is top class or not, features are easy to understand or not, and if the customer support is good or not.

The first thing you can do is check the review on the official websites of Kaspersky and Norton. There we get an idea of user experience and all the common problems that people face.

Both Kaspersky and Norton have antiviruses plans that are very easy to install and set up.

At Norton, you can contact the support team or join the community where you can post your question and will get solutions from experts and customers. However, they are less tutorial on Norton that guides you.

Common review of Norton is that it is resource-demanding and other software on your system works slowly due to this. This impacts the speed of the system.

On the other hand, the common problem for Kaspersky antivirus is scanning time in standard mode. The installation of Kaspersky is also a bit tricky due to being two-fold.

That is why the performance of Kaspersky and Norton antivirus when it comes to user experience is identical.

Result: It is a tie.

Now let’s check which of these antiviruses offer more affordable plans with some quality features.

The Norton 360 Deluxe is a very good plan. It has all the features that Norton 360 Premium has. It has 75 GB cloud backup which fantastic. Plus the price cheaper than the 360 premium. 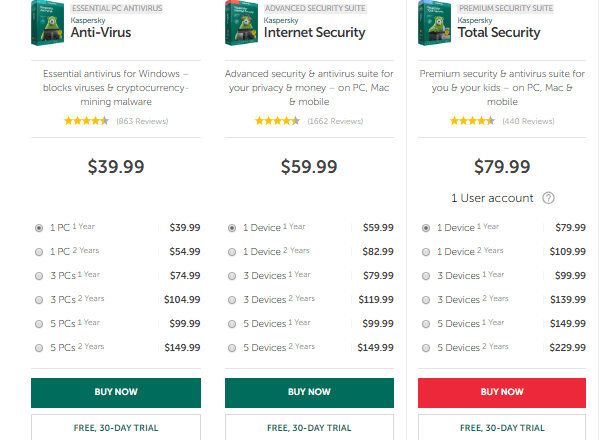 These are the best prices and plans of Kaspersky and Norton antivirus. As you can see that Norton is more affordable than Kaspersky. At Kaspersky price increases as you increase the number of PCs. You get a 30-day free trial also.

This is a complete comparison between Norton and Kaspersky antivirus in 2020. An ideal Antivirus should be reliable and provide ultimate protection to your system beyond malware and viruses.

Both of these antiviruses have very good perfection rate and advanced technologies to give you ultimate protection against online threats.

In this article, we compared these two top antiviruses based on malware protection, Performance, user experience, and features.

Malware protection was a tie. In performance, we got an edge to Kaspersky over Norton. When it comes to features Norton won. And in the user experience, it was a tie.

So overall it is a neck to neck battle of Norton vs Kaspersky.

Avast vs AVG Which is better antivirus 2021

Bitdefender Vs Malwarebytes 2021– Which Antivirus Is Better?

Just like internet antivirus software have also become an essential part of our digital life(more so ever because of ...
Read full review

Bitdefender is one the most famous and trusted antivirus solution and is also used by experts. It provides many ...
Read full review

Kaspersky vs Avast | Who Provides Comprehensive Security in 2021

Avast vs Norton 2021 | Which Is Better Norton Or Avast?

Using an antivirus program for keeping your PC secure against malware and other threats is a great idea. However, ...
Read full review
Powered by WebTechCoupons

Solidworks Vs Fusion 360 2021 | What Is The Difference Between Solidworks And Fusion 360?

Private Internet Access Vs TorGuard 2021 | Which Is Better For Household Usage?

CentOS Vs Ubuntu 2021– Which Is Better For Programming?